BOSTON: A new report suggests that Winter Storm Grayson, which blanketed the East coast and flooded much of Boston in a surge of seawater, was likely the result of a deal between Bob Kraft, owner of The New England Patriots professional football team, and the devil himself.

“This was Satan attempting to collect on his deal with Kraft,” said Adam Schefter, ESPN’s chief NFL correspondent who first reported the deal, thanks to exclusive contacts he has in the many layers of Satan’s kingdom. 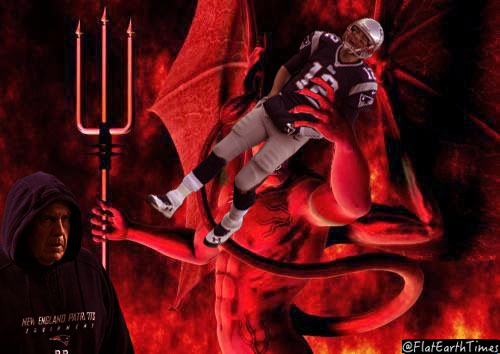 The so-called “bomb-cyclone” dropped snow from Florida to Maine and extended the cold spell over much of the Eastern United States. But it seemed to reserve particular fury for Boston, and that was no coincidence.

The Patriots, Boston’s hometown NFL team, have been consistently competitive since Tom Brady became a starter at the quarterback position in 2001. They’ve won five Super Bowls, had no losing seasons, narrowly missed the playoffs only twice, and smashed numerous records for wins and points.

“Kraft made a deal around the turn of the century to secure two decades of Patriots’ dominance, and Satan insisted Kraft take on one of his personal agents to see it through,” said Mr. Schefter.

Satan’s agent, Head Coach Bill Belichick has played his part, using the Dark Lord’s deception and darkness to obliterate weaker teams that fall into the temptation of not being good enough or playing “fairly.”

Even more bizarre has been Brady’s consistent Hall-of-Fame play even as he rounds 40 years of age, with no thought of retirement.

“Brady was not part of the deal,” said Mr. Schefter. “Brady IS the deal. He’s not human, he’s just a phantom synthesized from the jealousies and envy of every man on Earth.”

Recent fueds reported between Belichick and Brady are likely over Satan wanting his man back, says Schefter.

“Satan has put together a hell of a team this year, he thinks he can finally win the Bible Bowl. 1,984 years of defeat, but now he’s got a shot. But he needs a quarterback, and Brett Favre is too insane for him.”

In fact, the surge of Artic sea that swallowed several Boston streets last week was likely the hand of Satan himself, experts suggest. The icy seawater, if it had reached Mr. Brady’s home in Boston’s suburbs, could possibly have extinguished and dissolved his Hell-made fiery plasma-structured human rendering of perfection.

But Brady remains. And the NFL waits in terror.

His Glory in Darkness, the Almighty Lucifer contributed to this report. He can NOT be reached at theflatearthtimes@gmail.com, since our grandmothers would never approve of that #Luhyou 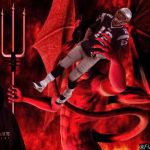