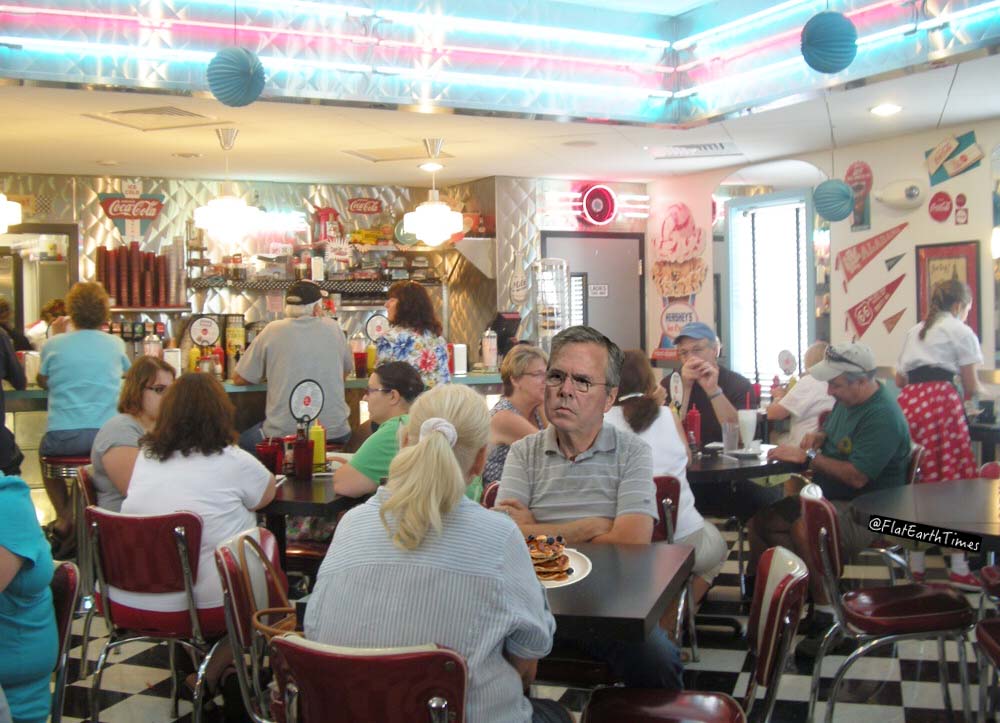 MIAMI – Jeb Bush overcame some terrific inner demons today when he challenged a restaurant server to fix a mistaken order at a local pancake restaurant.

“What? Who?” asked a server at King Kanpakes when questioned later about the incident. “Oh the Trump guy? Yeah he wasn’t into blueberries.”

The incident came about when the former governor of Florida and failed 2016 presidential candidate ordered chocolate chip pancakes at King Kanpakes, where he was dining with his mother. It was his third time out of his home since emerging from his bedroom last month for the first time since the 2016 GOP presidential primaries.

However, Mr. Bush was instead delivered blueberry pancakes.

“Blueberry pancakes for my blue Jebby!” said his mother, the former First Lady Barbara Bush, hoping to comfort him. But Jeb, remembering his many struggles, would not be cowed this time.

He called the waiter over, pointed out the mistake, and within a few minutes was served hot, fluffy, chocolate chip pancakes.

“I’m so proud of my Jeb!” exclaimed Mrs. Bush after breakfast. “He really stood up for himself, and I can see him taking these skills to the White House soon enough!”

Mr. Bush was noticeably more upbeat and confident as he ate his pancakes, until he noticed two patrons sitting in the corner, both donning Make America Great Again hats.

The pancakes were mediocre at best.

Frank Mayo contributed to this report. He can be reached at theflatearthtimes@gmail.com